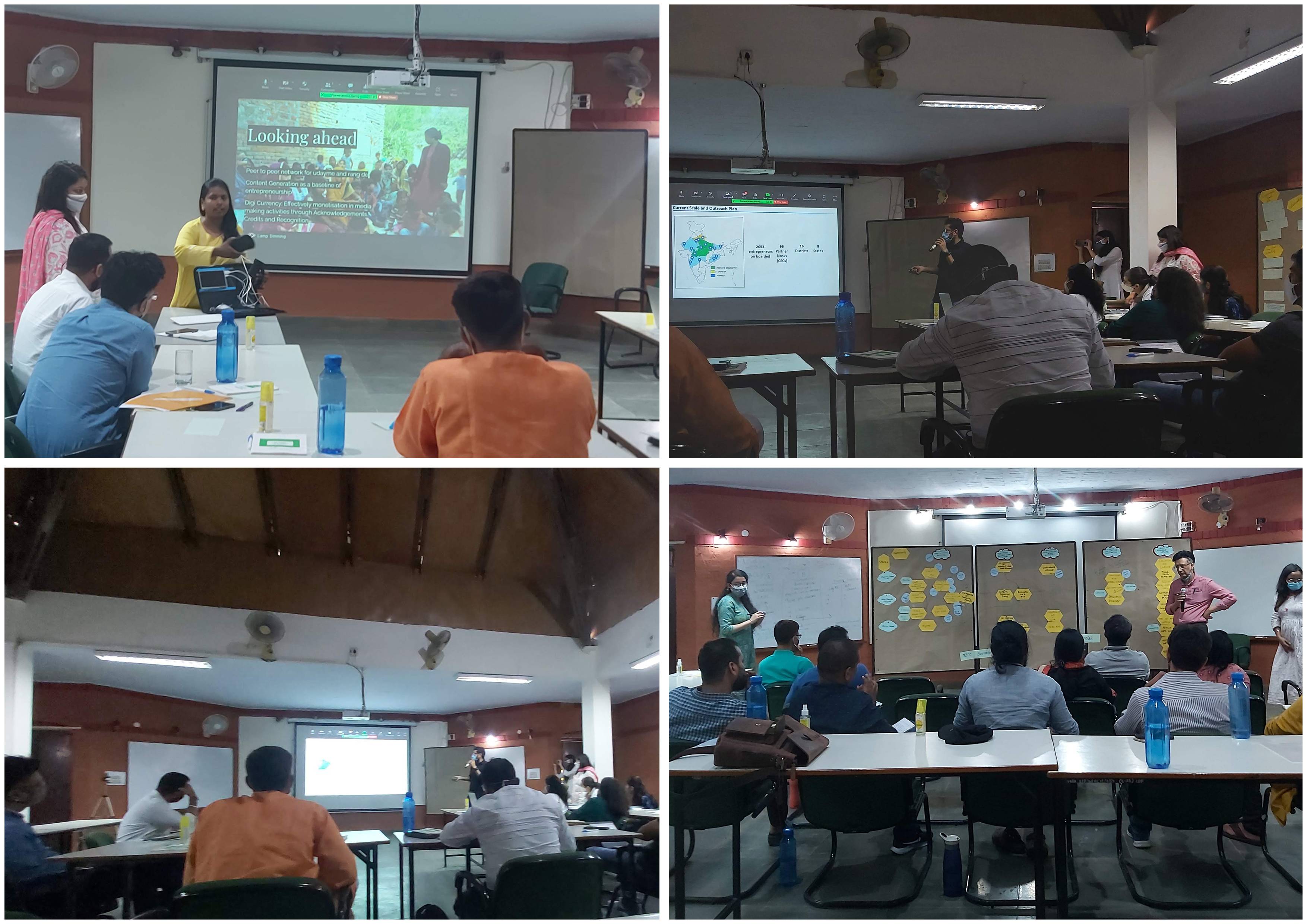 We visited the Taragram campus for the W4P meetup where many of the partnering organisations came together. This was an opportunity for us to discuss the future of the project as well as meet people that we wouldn’t have otherwise. It was also an opportunity to engage more deeply with Development Alternatives (DA) and experience the contexts, peoples and places they worked with in the Bundelkhand region. The Taragram Campus had a canteen where all the people who were integral to the founding and running of the campus were present. Everyone - from the radio team to those who worked in the workshop, the serving staff to the admin staff would interact in the canteen. It was quite an interesting place for us.

The making of ASPi stand from Janastu Servelots on Vimeo. 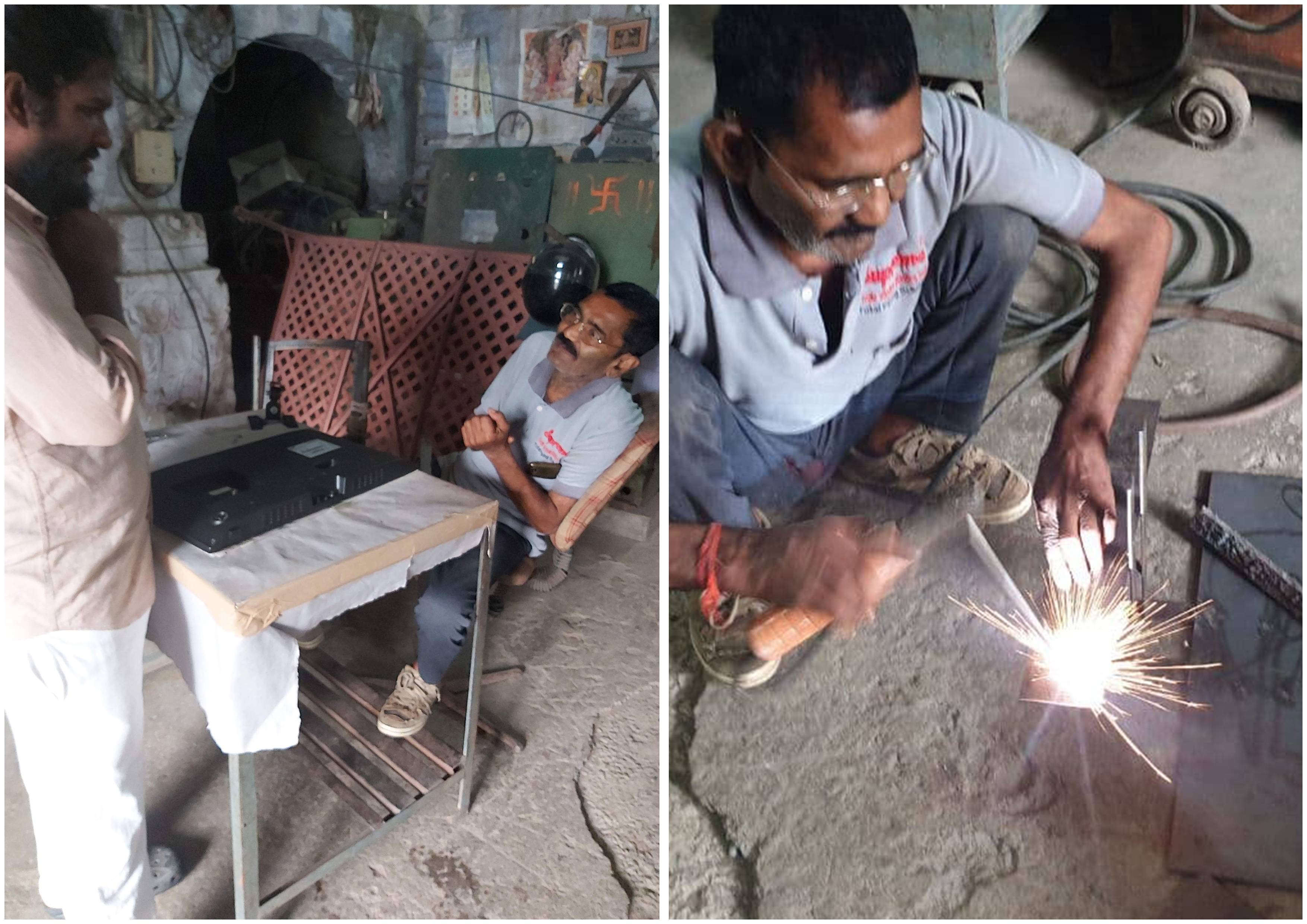 We were hosted by Sujataji and Shankarji and their family. They were also responsible for the running and care of the canteen. We spoke and played with their children and overall had a great time. Their elder child was interested in fashion and beauty and the younger one, who was so full of energy that we often had a hard time keeping up. When we inquired about it, we found that the children weren’t familiar with computers. They still had an old CRT TV at their house, which often took a while for the colours to load up. 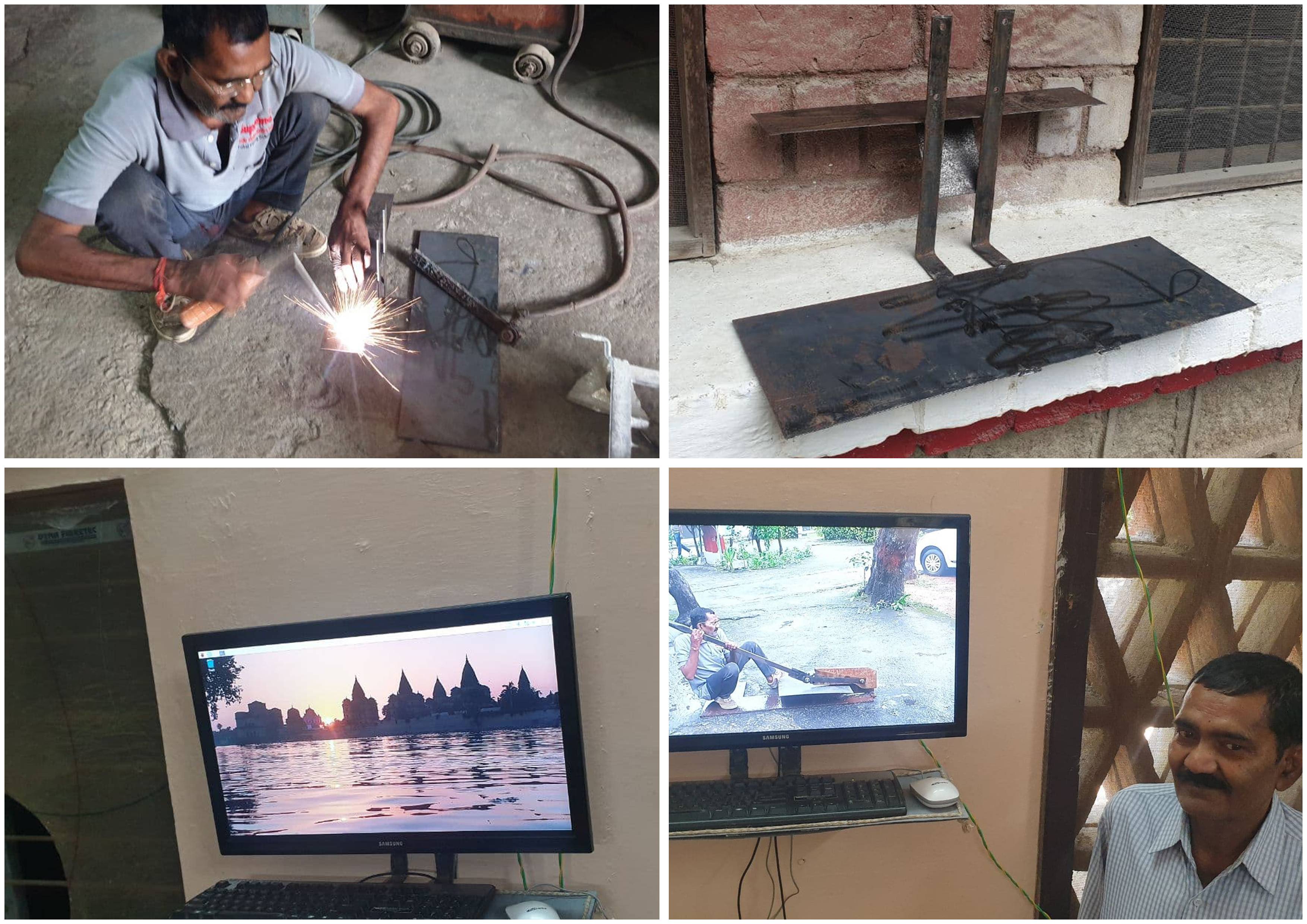 This made us think about how the ASPi can fit in here, not only at their home but also in various contexts in and around the canteen. We saw that the people of DA wanted to engage with the stories of the work and the people from the ground and connect with each other. We also hoped that this engagement could happen in the way that we saw it happen in the W4P meet. So we went about spending some time and collecting stories from and of people. We used Epicollect to record the interviews in videos, audios and photos, which, with geolocation, were marked on a map. 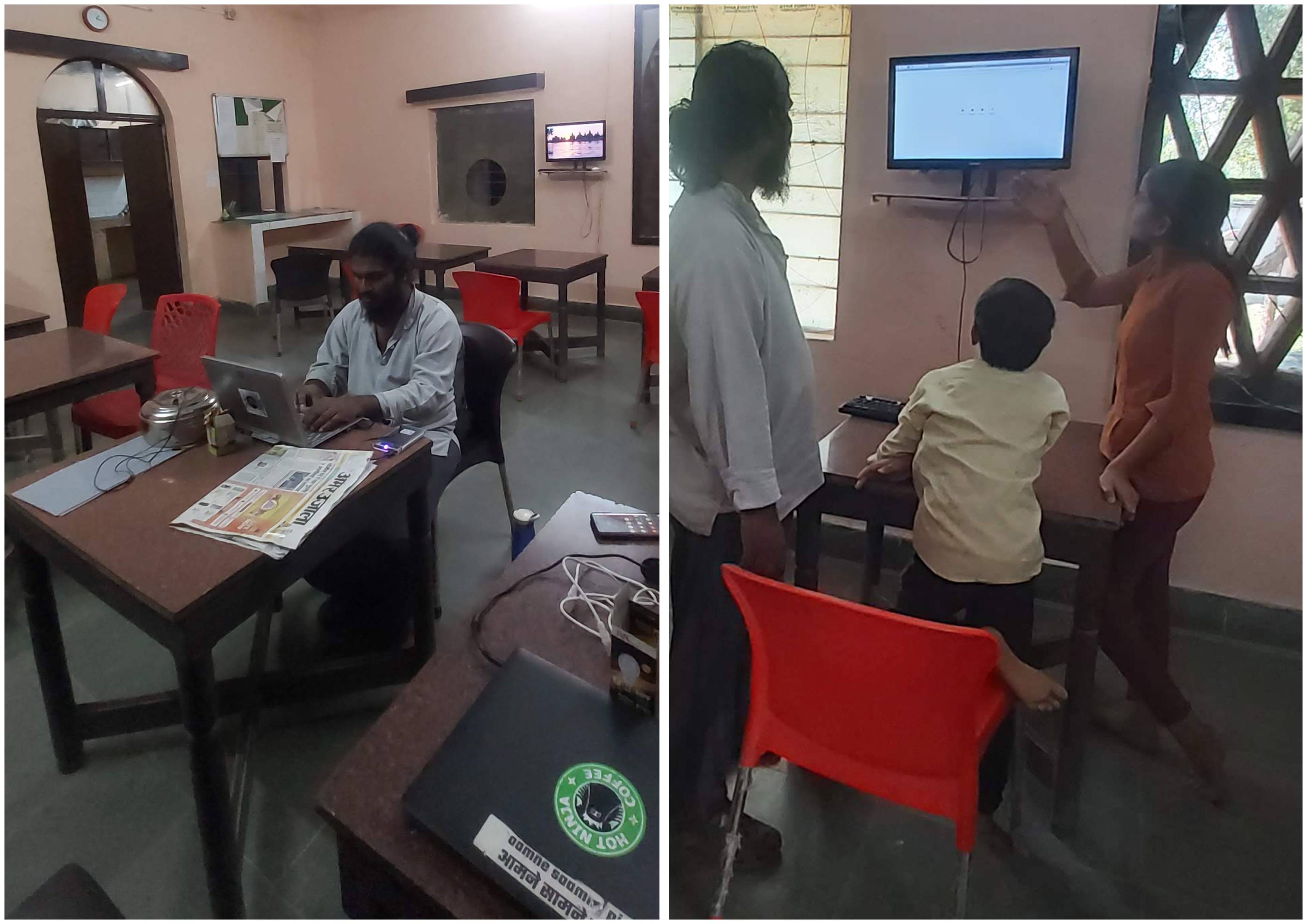 We started to think about extending the usecase of this interactive application using the ASPi and getting people to interact using this H/W and S/W platform, bringing together different perspectives and narratives around the activities that DA facilitated in the region. It was also a problem that the kids of the Taragram campus couldn’t have access to any sort of meaningful network connectivity. Following this, we met up with the Radio Bundelkhand team and discussed this with them. Collectively, we started to talk about the possibility of connecting their archives and making them streamable through the ASPi and making them accessible to the people of DA. 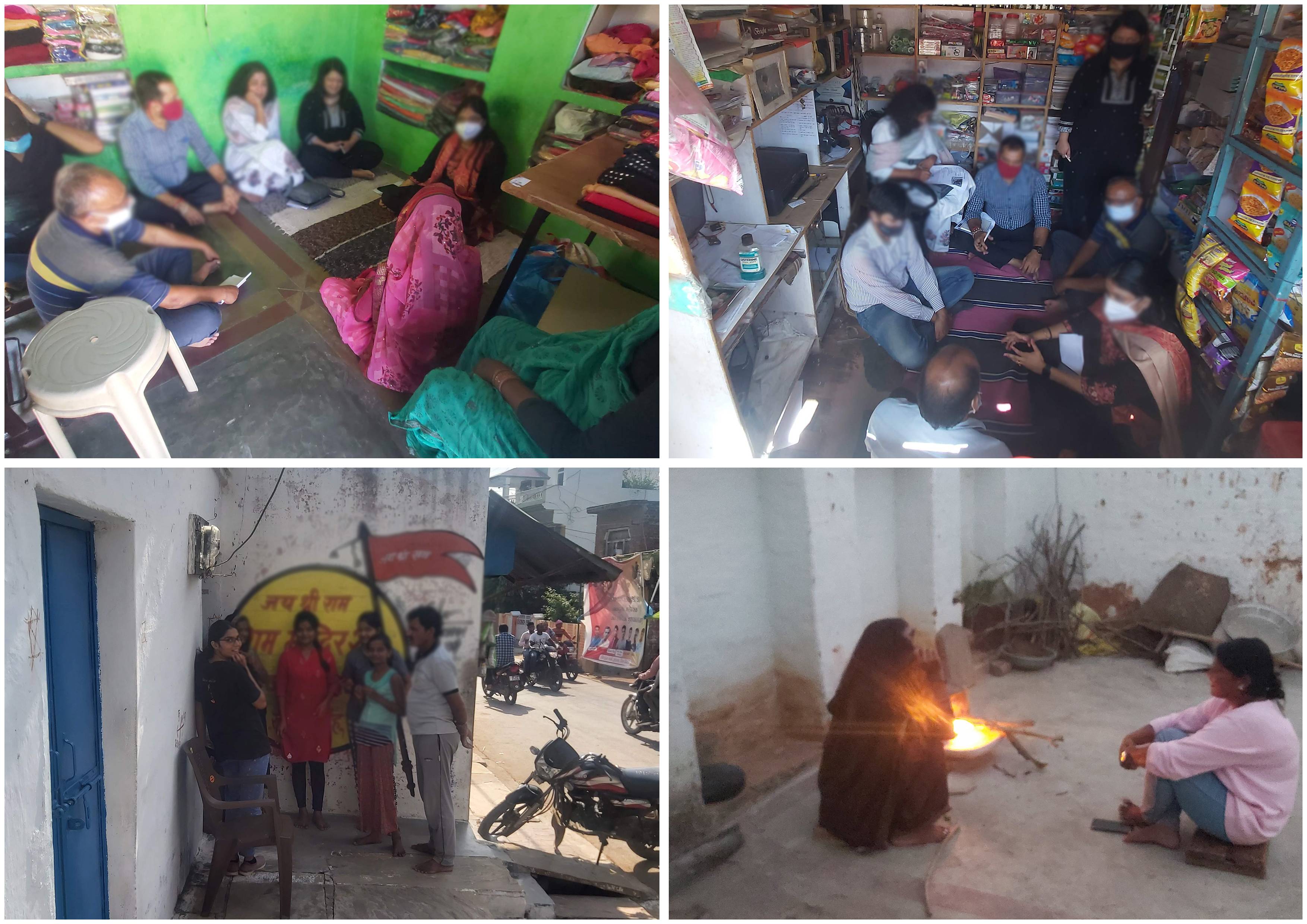 To ensure that everyone could interact with the map and radio archives we understood that a big screen and a speaker would be part of the preferred configuration. We contacted the IT department and they helped us from that point onwards in setting up the ASPi. They gave us an older model of a monitor with a VGA connection. However, this meant that we had to source a VGA to HDMI - which started to prove difficult. Hence we decided to buy a TV with an HDMI connection and that also solved the problem of speakers. The TV was sourced from Jhansi, the nearby local town with a market. The next issue was to bring internet connectivity to the canteen. The WiFi signal was not strong enough and hence we used a WiFi extender and connected to Radio Bundelkhand WiFi. The IT team also helped us in getting read-only access to radio archives so that there would be no accidental deletion or manipulation of the archives. Ram ji also helped us make a perfect sturdy mount for ASPi where the adapters could fit as well as keep the keyboard. Lakkhan ji helped us with extending the wired power connection and sorting out the electricity needs.

Installing this ASPi right in the heart of the campus sends out an open message to come engage with the work of DA and experience it for themselves by interacting with ASPi. This paves a way for the people of DA to discover for themselves the new possibilities of all that they are collectively working on. 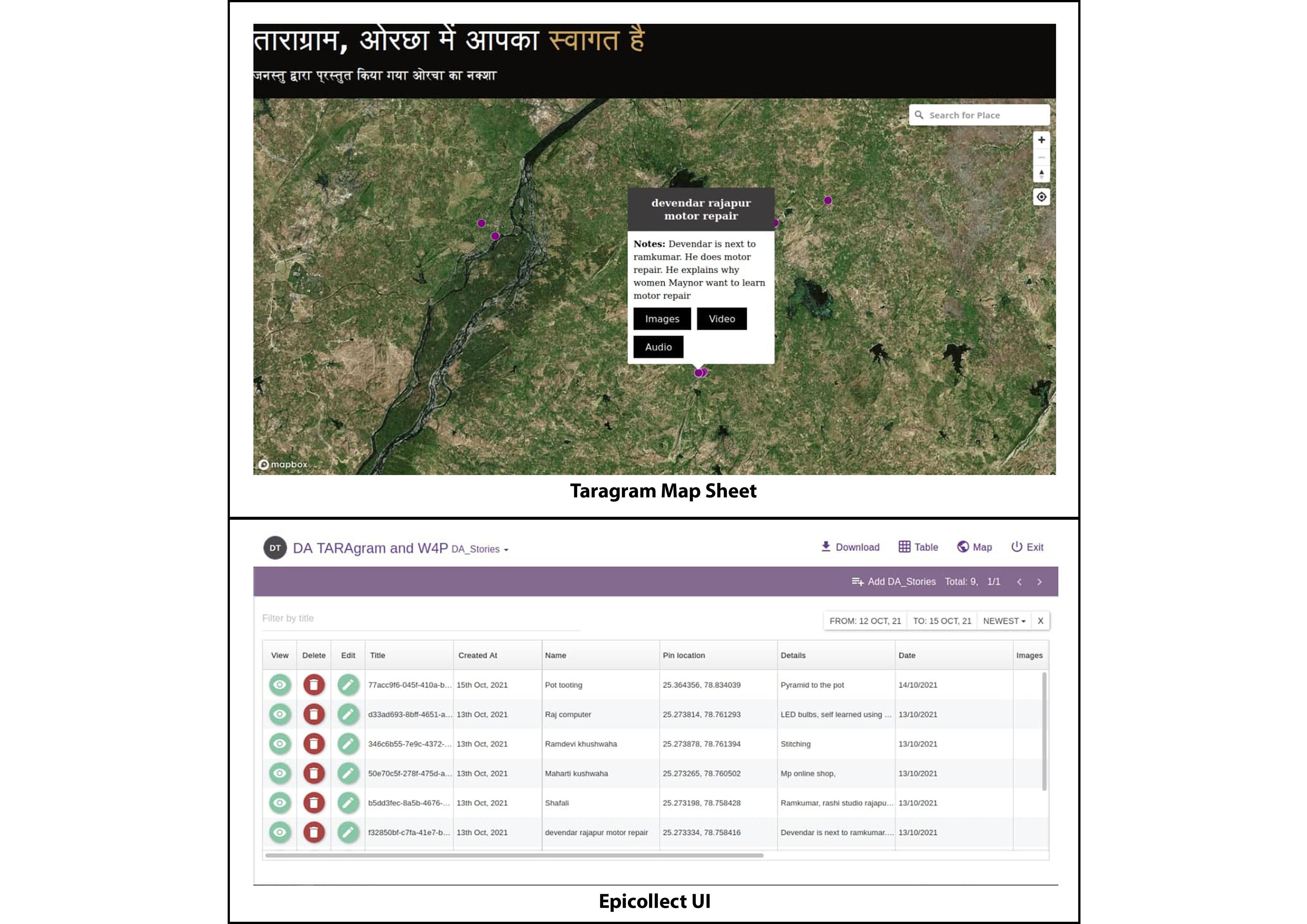 [All names in the article have been changed. However, we are thankful to all the people who have helped us in this endeavour.]